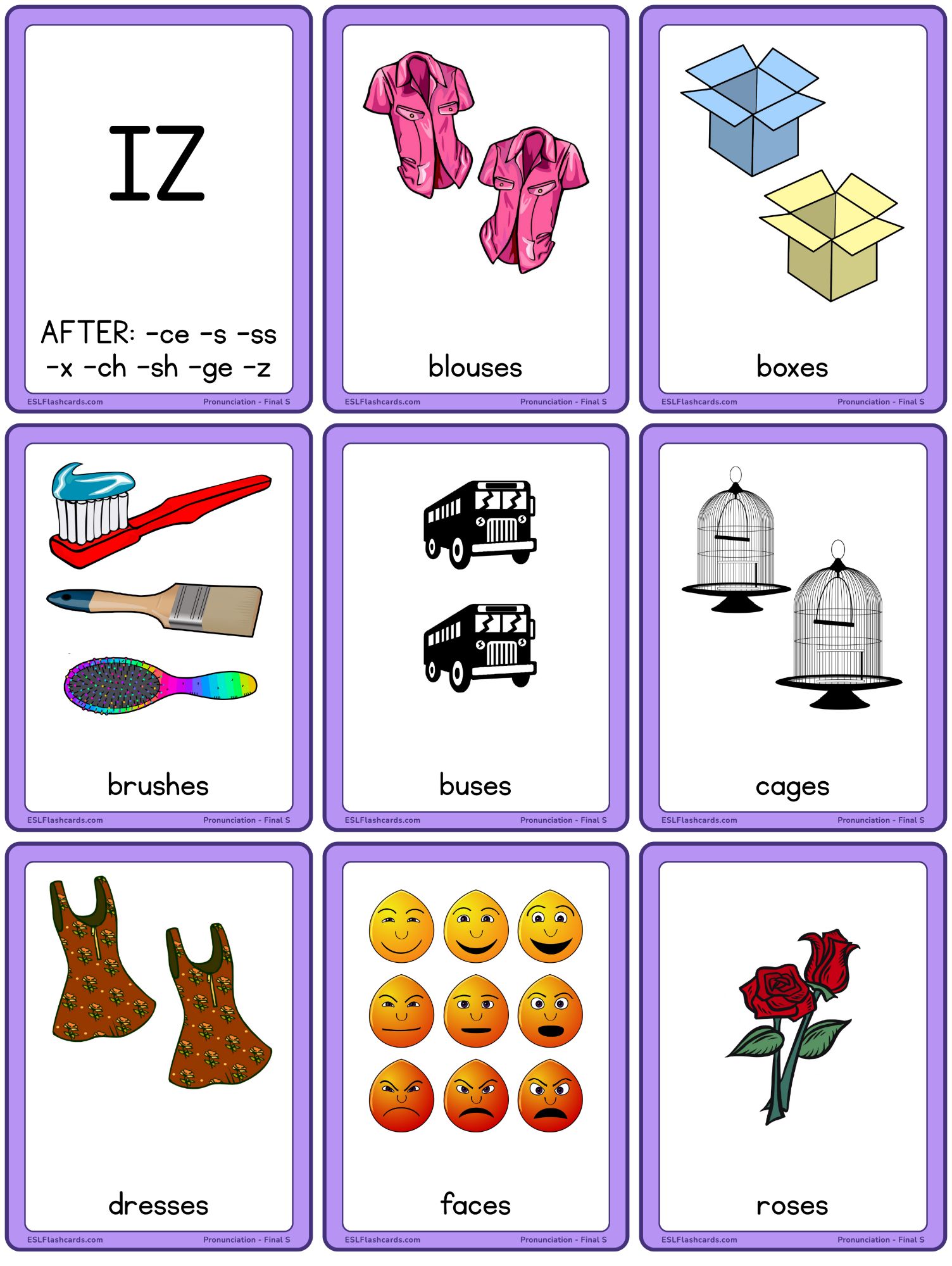 My husband once lost control of an adult ESL class because he didn’t know the rules. The final-s pronunciation rules. One of the students took the marker out of his hand so she could make a list on the whiteboard and explain the rules to her classmates. He was relegated to the sidelines, a machine for reading words aloud but little more.

To help prevent this from happening to you, this flashcard set collects 33 picture cards plus the letter cards needed to group the vocabulary by their final ending sound: /s/ – /z/ – /iz/.

In the “images with labels” variation, the letter cards S, Z and IZ also list the word endings which are followed by their final sound.

The 1-page checklist also works as a nice cheat sheet.

I’ve tried to have at least one vocabulary word to stand as the example for each ending-sound. However, be forewarned: I’ve missed a few.

I’ve missed -gh and -ph endings (as in “laugh”– sounds like “f” and follows that rule anyway).

So while these flashcards are good prompts for presentation, deduction, and sorting activities, they don’t actually contain the rules themselves– or the words “voiced”, “voiceless” or “sibilant”. You can pray your students don’t ask you about that, and/or check these sources before class:

Finally, I will just point out that all the images in this set are plural nouns. For extra practice, you could also use any of the verb card sets with 3rd person singular (he/she) subjects. 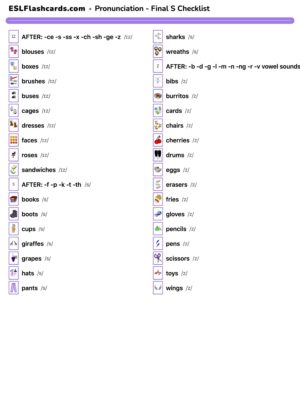 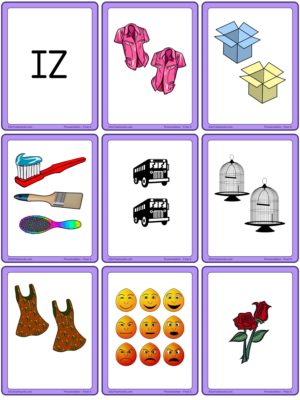 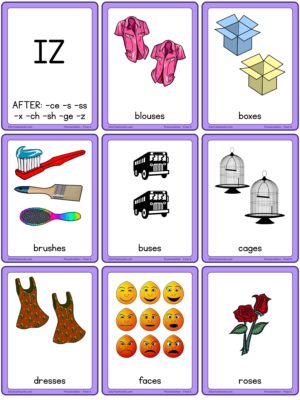 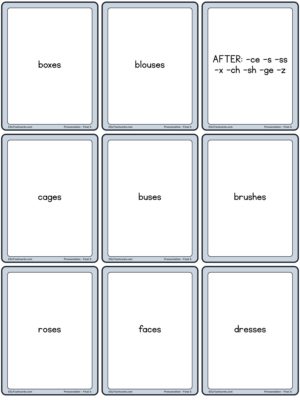 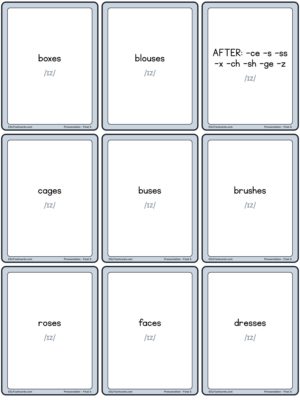 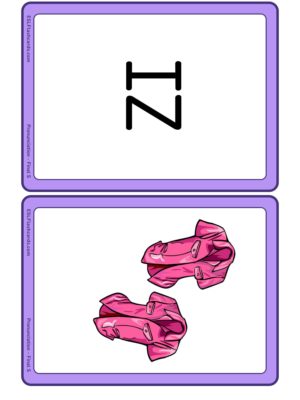 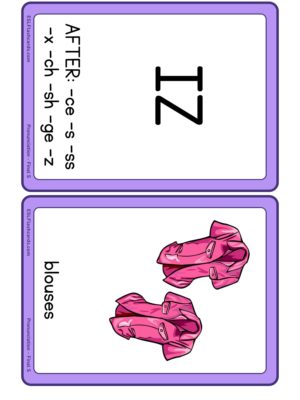 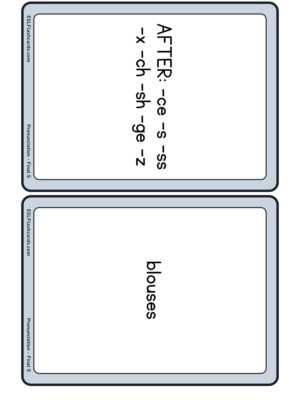 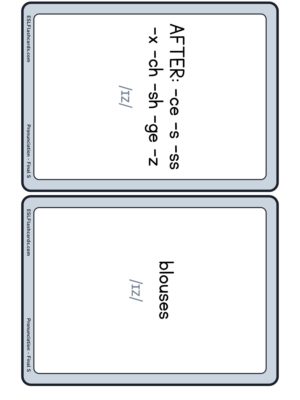 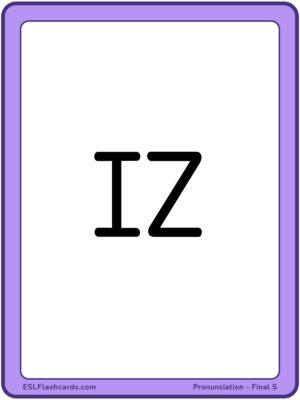 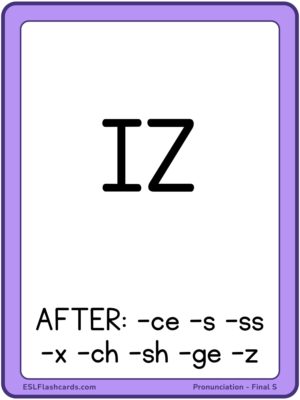 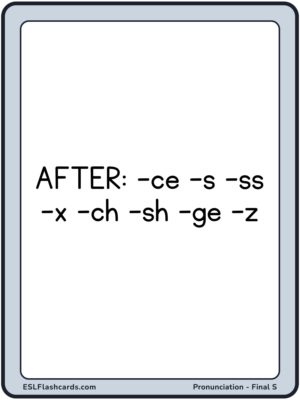 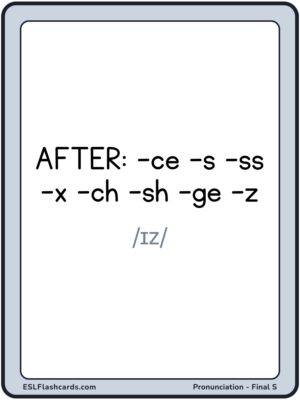 Materials on ESLFlashcards.com are available for personal and classroom use only.

Scroll back to top